The Influence of Sports on Teenagers’ Physical Health

The Influence of Sports on Teenagers’ Physical Health

Adolescents are less active these days and their physical health is being jeopardized since teenagers have more leisure time but are less involved in physical activity.

Teenagers in the United States are prone to establish unhealthy habits from the lack of physical activity and sport can be the solution that can help adolescents incorporate exercise in their daily lives. 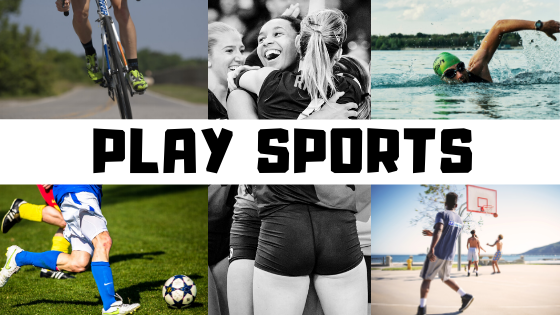 Articles from Reinfrow, Castrucci and Dohle were used to determine the influence of sport in teenagers’ health.

This article also discusses the functionalist perspective on the beneficial aspect of sport on adolescents’ health in society.

As time progresses, societal changes emerge to disrupt the lifestyle of individuals. Different generations must find ways to adapt to newer challenges to find a gateway to a more satisfying, happier and healthier lifestyle for themselves and their families.

Indeed, teenagers during this century face numerous obstacles that can interfere with them leading a healthy lifestyle.

Teenagers are constantly presented with hundreds of options of entertainment to choose from when it comes to deciding what they want to do with their leisure time. 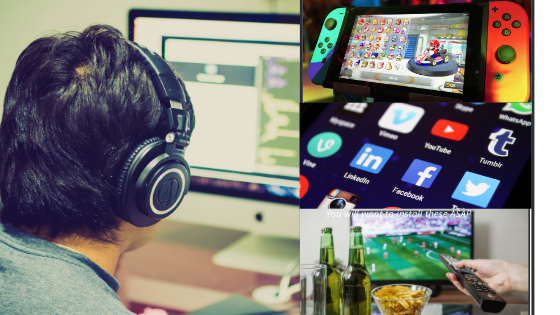 It comes as no surprise when they opt for entertainment that requires very little use of physical activity, such as videogames, watching television, using social media or simply hanging out with friends at parties that can potentially introduce them to drug substances.

These forms of entertainment are detrimental to teenagers’ health. For this reason, it is essential that they engage in physical activities and it is believed that sports can be a gateway to redirect teenagers to a healthier lifestyle.

The lack of physical activity can lead to teenagers’ gaining weight during adolescence which can lead to obesity. According to Reinfrow, there is a relationship between sport participation and health-related fitness.

Through a study that he and his collogues conducted, it was determined that teenage boys who participate in sports are healthier, have less body fat and lower blood pressure (2011). Depending on the sport, athletes are required to undergo extensive training that can include weight lifting, stretching, and running, all of which are beneficial for a healthy body.

Another component that can help those who are involved in sport to keep a healthy weight is the amount of time that they are required to perform these exercises. The study also suggested that sports such as baseball and football help build muscular strength and other sports such as soccer and tennis help improve cardiovascular health (2011). 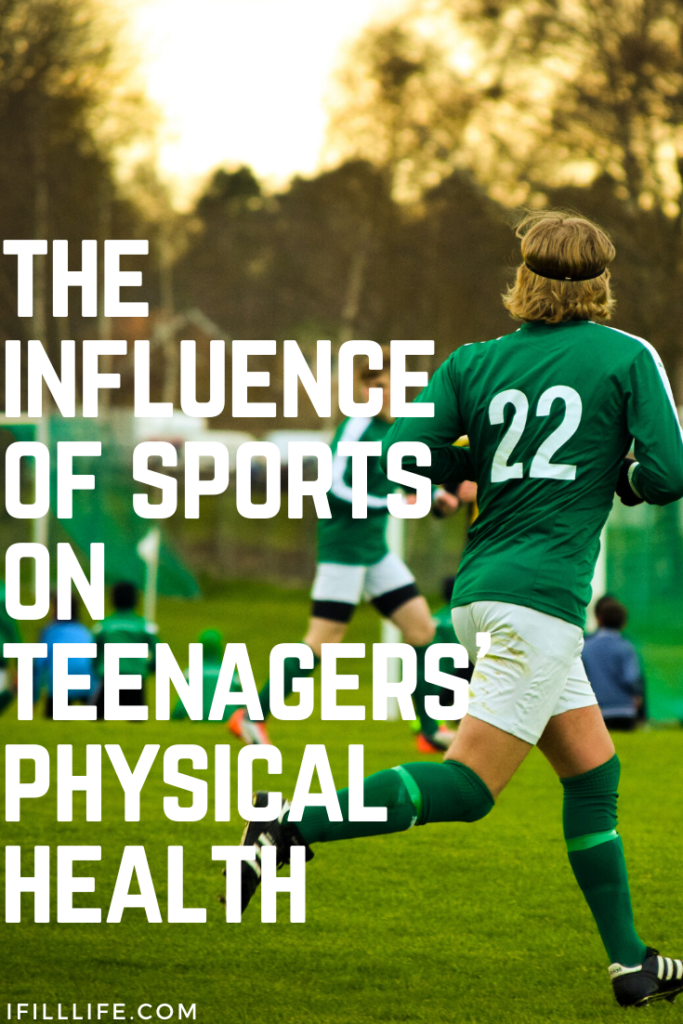 Teenagers struggle the most when it comes to finding time to exercise for this reason being involved in a sport can be beneficial and motivating. It is evident that the more adolescents are involved in sports the easier it is for them to maintain a healthy weight. Not only can sport help reduce the likelihood of teenagers from becoming obese, but it also helps them avoid becoming heavy smokers.

WHAT CAN YOU DO AS PARENTS?

As parents become more aware of the unhealthy choices that teenagers are susceptible to, they encourage their kids to join athletic sports to stir them to a healthier direction and help them avoid becoming involved in substances such as illegal drugs and alcohol which can greatly increase the chance of individuals to develop deadly illnesses.

Castrucci’s conducted a study between 9th to 12th-grade students who participated in organized sports and whose answers were recorded to indicate that those involved in sports were less likely to use cigarettes compared to adolescents who were not involved in any sport (2004).

It was also found that a 26.6 percentage of teenagers who were already smokers before they had started playing sports, had control over their habit and smoked fewer cigarettes a day (2004). This study indicates that sport is demanding enough for these adolescents to decrease the number of cigarettes that they would normally smoke.

Non-smoker teenagers who become involved in sports have a higher chance of living a tobacco-free lifestyle. This study delivered an insight into how sports by increasing physical activity among teenagers have the potential in preventing tobacco consumption.

Another study revealed that the more involved adolescents are in sports their chance to enjoy a healthy adult life increases. Simone Dohle states that as people get older, they start to lose interest in physical activities and become more constrained by aged-related illnesses. He also suggests that there is a high possibility that these diseases could be reduced if a person is physically active during adolescence (2013).

This may be because during adolescence individuals can train their bodies and muscles to become accustomed to physical activities which can become a shield that improves flexibility and reduces the possibility of injuries.

It was also mentioned in the article that one significant reason why men in their 70s were healthier and more adventurous and were less likely to visit their physicians was due to the fact that they were more physically active in varsity sports when they were in high school (2013).

Similarly, he proposes that fitness test scores of individuals at adolescent age predicted their level of physical activity in their adulthood (2013). This article sport during adolescence is an indicator of healthier adult life.

WHAT SPORTS CAN DO?

Through this theory, sport can be looked at as a fundamental structure that integrates and promotes the social well-being of individuals. Sports can help evoke a sense of achievement and success amongst the younger population so that they can learn to incorporate these values in other parts of their lives.

Not only sport promotes a healthy lifestyle, but it also teaches important skills and values such as teamwork, the ability to work under pressure, socialization, communication, and cooperation. Sport can be used as a medium to help adolescents in society stay fit and lead a healthy life.

Most importantly, involvement in sport has the potential to keep adolescents in society from deviating and instead sports can guide and lead them to look for ways to improve their lives for survival.

Sport can help the younger population gain skills and assets that will strengthen them and help them become high-achieving members of society.

HOW DOES SPORT AFFECT HEALTH?

As society moves forward and more technological advances appear and more means of entertainment become present, adolescents will have less time to devote to physical activities.

The lack of physical activity can make a negative impact on adolescents’ physical health, for this reason, action needs to be taken to help teenagers become involved in sports which can help them leave behind their sedentary lifestyle.

Involvement in sport has been proven to be beneficial in preventing adolescents from becoming obese because sports are enjoyable and can easily become a source of motivation for teenagers to keep a healthy weight.

Teenagers involved in sports are less likely to become heavy smokers, they are more committed and more willing to choose healthy habits that can improve their performance.

It also has been proven that teenagers involved in sports are more likely to live a healthy life during their adulthood. And as the functional theory states, sport is an important structure that empowers the youth in society by instilling in them roles and skills that are essential for the prosperity and function of society. 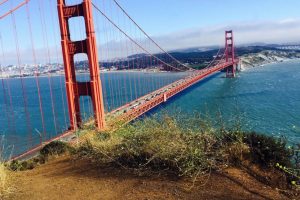 A visit to the Golden Gate Bridge

Golden Gate Bridge After completing our daily chores at home,[...] 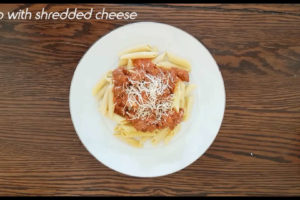 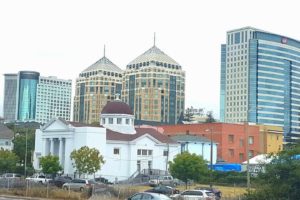 First Life Experience in California My life has been kind[...]

So many good point in this post! I’m pregnant with my first child and am already planning on ways to keep the family active. Thanks for sharing!

Thanks for this article. Many teens really don’t get enough exercise these days because of using phones all the time. Parents should of been guiding them from childhood so that they won’t become too sedentary. And having sports is good too.

I love this and fully agree! My children are 10 and under but I plan on keeping them in sports! The benefits are endless

I was very active in HS and I loved it – I wish I was more active now but I am not … I am trying to get that way though!

Being a parent is so hard! Thank you for the tips

It is so important to help keep kids active without mentioning things like weight. Finding things they like to do and encouraging them is key.

My daughter loves wrestling with her dad. I would love to get her into karate or something along those lines. She tends to get a little lazy around the house. Thank you for sharing!

My son is not a teenager yet. But I still need to make sure he is having enough physical activity to let the energy out.

I don’t have teens yet, but my son at 5 years old, we have enrolled him in a soccer program. We hope to build that interest until he grows for the same reasons – healthier adulthood and among others.

i am always encouraging my kids to participate in sports. I love that they are getting exercise and learning how to work as a team.

Playing sports is a great way for kids to incorporate exercise into their routines!

Very good post. I was never into sports like my sister but I loved to swim and hike. My family are big walkers, so we were always out in our hiking gear when I was a kid.

I totally agree with these points you’ve shared.As you said teenagers have many entertainment options.But all these options just make them addicted to some unhealthy activities.It is really important to introduce more physical activities for them.

I have seen sports programs decline with a lack of participation. I have 4 very active boys, but they also love their video games. Balance is a constant theme here. And as for the smoking part, maybe there are additional factors in play that cause the smoking/not smoking/more/less issues. It would be good to look into. Thanks for a great article.

I was not into sports when I was younger and I wish at the least I’d learned more about exercise to keep me healthy. Thanks so much for sharing this with all of us!

This is a very pertinent post, specially for today’s titimes when youngsters are so hooked to their electronic gadgets that they don’t spend time in sports and other physical activities.

Great post. I have a toddler. Planning to register him to some kind of sport and keep him active.

Staying healthy and active is really important. Thank you for sharing amazing information and I completely agree with your thoughts.

Staying active is so key! Very good information in this post.

This is such an important thing to be focused on these days. Social media and entertainment becoming popular and teenagers getting addicted to games and all. Steps to encourage and getting involved into the sports for the teenagers are so important somehow to get them engage with some physical activities. So important. Parents must encourage and understand too. Great points. Thanks for sharing.

Any cookies that may not be particularly necessary for the website to function and is used specifically to collect user personal data via analytics, ads, other embedded contents are termed as non-necessary cookies. It is mandatory to procure user consent prior to running these cookies on your website.