The Hispanic population is the most affected by childhood obesity in the United States. Dissecting the issue can reveal several factors that make families in poor Latino neighborhoods vulnerable to have children that at some point in their lives will end up obese. 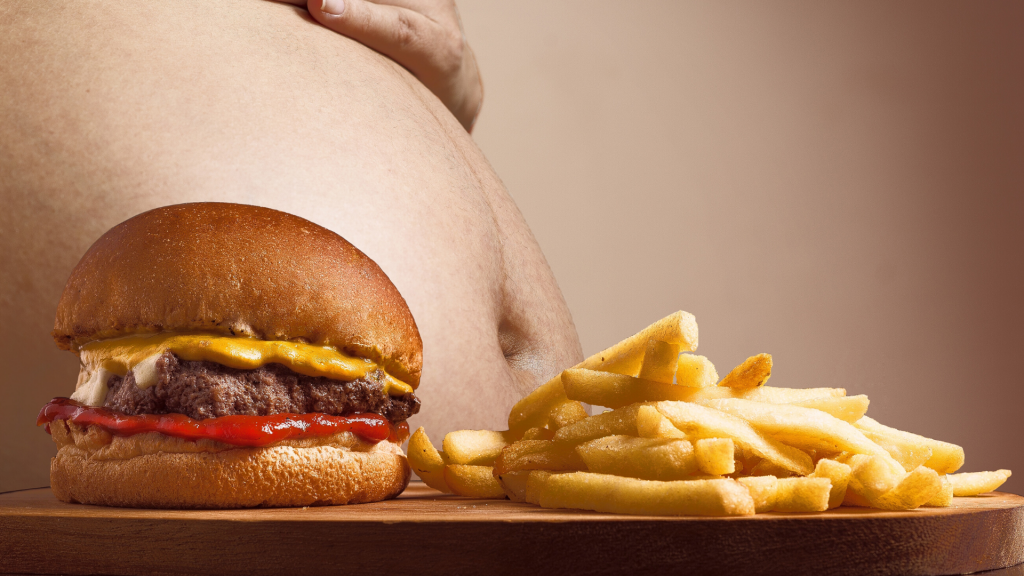 In the United States, this issue has been looked upon at the national level, and as such attempts have been made to resolve it. However, this aid rarely gets to Latino families living in poor communities because they face other challenges that prevent them from focusing their attention on this issue.

This evaluates some of the key factors that have been found to have the most profound impact on children’s unhealthy behavior that leads to obesity at such a young age.

Research from various sources such as Hispanic Children and Overweight: Causes and Preventions, Carlos Padilla’s interview of families in the San Francisco area and Elizabeth Villegas’s article Continued Barriers Affecting Hispanic Families’ Dietary Patterns have revealed that Latino families’ environment, as well as their level of income, and access to health care play an important role in determining if a child is obese.

This also evaluates obesity among Latino children through the Conflict perspective and a brief discussion about intervention is also provided.

Latino families living in poor communities are one of the minority groups that are the most affected by childhood obesity in the United States.

Studies have revealed that Latino children in these communities run the highest risk of becoming obese, in fact, about 38.9% of Latino children are already obese (Elizabeth Villegas, 2018).

There has also been evidence that Latino children and African American children living in poor communities are more affected by this epidemic than white children (Villegas, 2018). 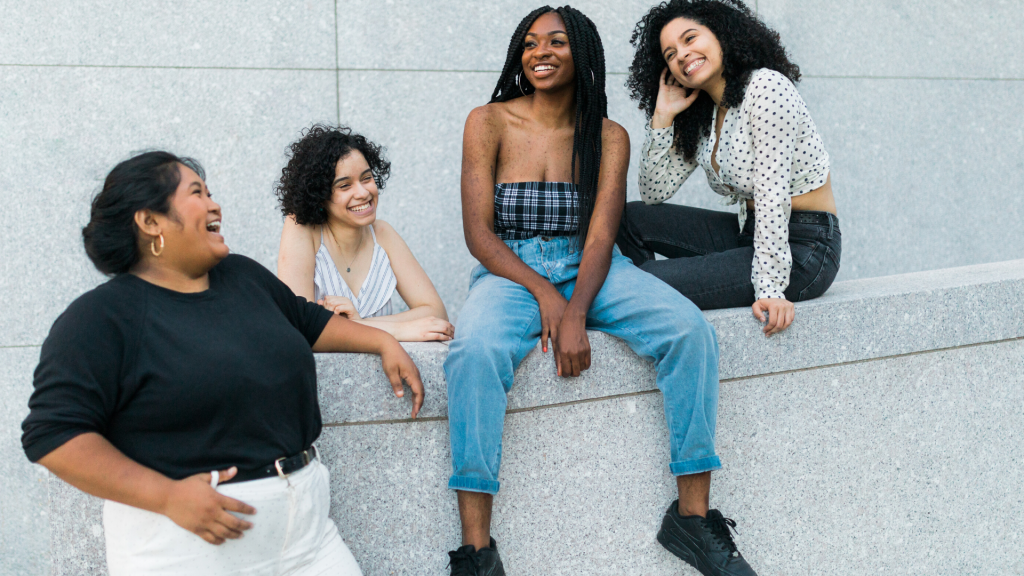 Latino children that are obese run the highest risk in contracting deadly diseases due to the consumption of unhealthy food that is readily available to them.

It is a problem that involves members of the community but it also something that educators, doctors, organizations, industries, and policymakers need to become aware of in order to find a way to help poor communities fight this epidemic.

For these families efforts to engage in a healthy lifestyle are hindered by many underlying factors such as their environmental conditions, employment or unemployment, and access to information and healthcare all of which need to be addressed to find a successful solution that can prevent more children from becoming obese.

When assessing the increase of obesity among Latinos families that live in poor communities; the first factor that needs to be evaluated is their environmental condition.

In 2012 Carlos Padilla and his colleagues studied the many obstacles that Latino families face that prevented them from providing their children with a healthy lifestyle. Padilla interviewed Latino parents of children from 2 to 5 years old in Mission District, San Francisco.

Parents highlighted that the main problem in their neighborhood is that there are not many grocery stores close to their homes that provided healthy food options such as fresh vegetables and fruits.

The nearby liquor stores expose children to unhealthy beverage options with big advertisements plaster on every window of the stores.

Latino parents believe that their children’s intense cravings for fast food and soda is mostly influenced by what they see on the streets.

Parents also indicated that the reason they rarely take their children to the park for some physical activity is that the parks were unsanitary and unsafe.

One parent stated that the few times that they have gone to the park, they have never seen a police officer patrolling the area.

Families attempt to divert their children from engaging in healthier behaviors becomes challenging due to the lack of resources available in their communities.

Day by day and even all through the night, parents work and spend less time taking care of their children. When there is not enough money to pay for bills and barely enough for rent, the least of their worry is to help their children eat healthy food.

In the article Continued Barriers Affecting Hispanic Families’ Dietary Patterns, the author Elizabeth Villegas, discussed that the main barrier that parents faced in helping their children maintain a healthy diet was the lack of time due to employment.

She also stated that this is especially true for immigrant parents who work long hours, these mothers opt to buy frozen food to feed their children or simply buy their children fast food instead, to save time.

The lack of a stable income makes it extremely hard for these families to keep their children’s weight in check, they cannot even rely on programs that are available for low-income families in their community.

According to Padilla, families who live in San Francisco cannot afford to pay the high participation fees required for children to participate in sports programs. Time constraints along with low income play a role in Latino children’s weight.

According to the article Hispanic Children and Overweight: Causes and Preventions, out of the 47 million people who are uninsured in the United States, about one-third of them are the Latino population.

Furthermore, the few who have insurance do not use it as often as they should.

This leads Hispanic families to become uninformed about what kind of food they need to eat to keep a healthy weight. It deprives parents of the opportunity to take their children to clinics and learn about valuable resources that are available to them.

Another study found that city amenities such as medical facilities harder to access in poor neighborhoods than in middle class or wealthy neighborhoods which makes it even more of a challenge for parents to take their children to the doctor for a checkup (Hiromi Ishizawa, 2015).

While poor communities are the most in need of healthcare and easy access to healthcare facilities, they are the ones who receive the least help that is why children in these communities have the highest rate of obesity in the U.S.

Obesity among Latino children of families that live in low-income neighborhoods can be viewed from the conflict perspective.

The conflict perspective most commonly supported by the sociologist Karl Marx states that people’s access to important resources is not equally distributed among members of societies but instead it works for the advantage of the most powerful and the wealthy while the minority suffer the consequences.

For instance, some Latina mothers of obese children work taking care of wealthy people’s children and make barely enough to support their families, yet it robs them of valuable time that could be spent guiding their children to healthier behaviors.

Also, poor community parks are dirty and sometimes without drinkable water fountains or clean restrooms and these parks are not at a walkable distance while wealthy neighborhoods have community parks every few blocks.

Streets littered with trash, broken windows, and dirty parks increase parent’s concern about their children’s safety which prevents their children do go out and engage in physical activities.

With the Latino population increasing in the United States at a rapid pace, amelioration for child obesity is immediately needed.

A prominent problem that these communities face is the unavailability of healthy food at stores that are at a close distance to their residents. Liquor stores are the closest by, but they do not provide healthy food options for people in poor communities.

For this reason, these stores should be targeted to incorporate affordable healthy foods.

Moreover, parks need to be made more appealing and safer for parents to take their children out for some physical activities.

Most importantly, there needs to be more free sports programs with enough space to accommodate every child so that no one is left out and everyone can benefit.

If these programs are easily accessible, it can be time-saving for parents who have a busy schedule.

Intervention can successfully be integrated to help Latino families combat obesity if amends are made at a local level by assessing the root cause of the problem such as environmental, income, and access to health care. 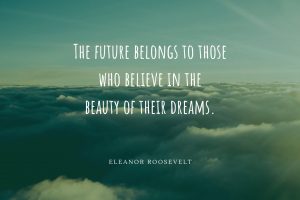 5 Motivational Quotes for a Better You this 2019!

Holiday season is over and a new chapter has begun.[...] 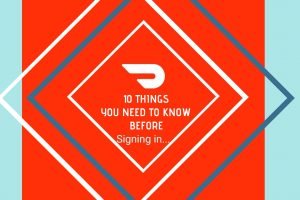 10 Things You Have to Know Before Driving with Doordash: A Dasher’s Review

Two months ago, I decided to drive for Doordash in[...]

Any cookies that may not be particularly necessary for the website to function and is used specifically to collect user personal data via analytics, ads, other embedded contents are termed as non-necessary cookies. It is mandatory to procure user consent prior to running these cookies on your website.